The Label Project (or how I won a trip to Australia) 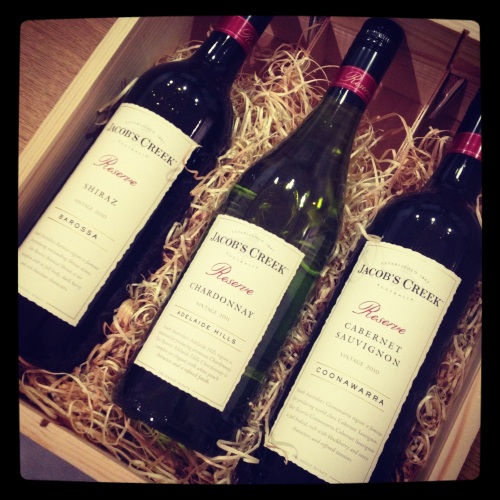 Not too long ago I received a mysterious email from a wine brand calling themselves “The Label Project”. The subject line offered a challenge, Do you judge a book by its cover? Intrigued by the invitation to explore how we judge wine, and further compelled by the very distinct possibility of FREE WINE*, I joined up and awaited the promised deliveries. When the first delivery arrived, I could clearly see the envelope contained no wine, not even a sample sized bottle. I was perturbed. However, upon opening it I found a copy of The Hunger Games and a further demand to know whether I judge books by their covers. Having read, nay, devoured and unapologetically adored the Hunger Games trilogy, I didn’t quite know whether to feel proud that ‘no, I did not judge this book by its admittedly pretty shit cover’, or slightly embarrassed that I should have judged better. What were they trying to say? Luckily, a second delivery followed hot upon the heels of this mind-boggler. And this one did have wine, yay!

Over the next three nights, Sven and I resolutely faced the task of judging the enclosed label-less bottles of wine on more than just their names and branding. Well, I judged, Sven just drank really**.

Up front, I should admit that I guessed immediately that all the wines and regions were probably from Australia. For one, the prize to the lucky winners was a trip to Australia; and two, all the ingredient labels (which displays information that is legally required) said “Wine of Australia”. A little bit of detective work to whet your appetite! Up there for thinking.

The first wine was accompanied by 3 vials of aromas, and the following clues:

After much sniffing, googling, and slurping I felt pretty confident in my guess. I was almost certain that the variety was Chardonnay, and after studying wine region maps and various vital stats regarding microclimates and fruit production, I thought the region was probably Adelaide Hills.

The 2nd wine came with chocolate of questionable quality, but cutely lettered, and these clues:

I knew what this was immediately. Before you say it, I’m acutely aware that makes me sound like a pompous ass, but I genuinely took one sip and called it as Shiraz. Pretty damn proud of that, considering I usually just pick whatever bottle of wine is on half price offer at Sainsbury’s. But the region had me stumped. No amount of googling “wine region altitudes” or “most popular wine regions” managed to offer up anything concrete. So eventually it was Sven who came up with the genius idea of farming out the research to my Dad. Within too long, Papabear came up trumps with detailed facts and figures confirming what had also been our best guess. Feeling the safety in numbers, I went with it.

The last wine had pretty pictures to look at, and these clues:

The region for this one was pretty easy because even the most superficial googling will reveal the significance of the Terra Rossa soil (which is red topsoil lying over a layer of limestone) in the Coonawarra region. Then considering that Coonawarra is most famous for one particular variety, it wasn’t a quantum leap to guess the wine was Cabarnet Sauvignon.

So, with my guesses submitted, all I could do was sit and wait. A few days later, I received one last delivery, which revealed not only that the wine brand behind The Label Project was Jacob’s Creek, but also that I’d got all the answers right. Go me! Not long after that I received a delightful call to let me know that I had won an amazing trip to their Barossa Valley Vineyard in 2013. Go me again!

Now, let’s all ponder what we have learned:

Thanks very much to The Label Project (A.K.A Jacob’s Creek) for inviting me to get involved in this really fun challenge, and thanks too for picking me as the winner. I can highly recommend the Reserve Collection, particularly the Shiraz which was really very good.

*It goes without saying that you should always drink responsibly

** And definitely more responsibly than my husband, who is a role model for no man, woman or beast